One of the biggest concerns most patients have when coming in for a routine dental exam is the X-rays and the effects of the radiation. We believe in giving our patients the utmost care and minimizing any unnecessary risks, which is why we use digital X-ray technology to perform our X-rays. Digital X-rays come with a variety of other benefits as well besides requiring 90% less radiation than traditional X-rays.

How Much Radiation is Too Much?

When it comes to traditional X-rays, the radiation you are exposed to is extremely small in comparison to other procedures and tests. One dental X-ray set using four bitewings exposes a patient to approximately 0.005 mSv (millisieverts) of radiation. Comparatively, a CT scan exposes a patient to 10 mSv. If you’re worried that the radiation will put you at risk for developing cancer, the odds of your risk for cancer increasing from a 10mSv CT scan is 1 in 2000, and since traditional dental X-rays are exponentially less powerful, digital X-rays scans pose virtually no risk. For reference, we are exposed to about 3mSv of radiation per year from natural background sources, and breaking 20mSv per year would be considered moderate to high exposure.

The use of digital X-rays also comes with a variety of other benefits. One of the biggest benefits of using digital X-rays is that they allow for various corrections thanks to the digital format. Brightness, contrast, and color adjustments can be made to help more accurately identify dental issues, and the image can even be backlit for a clearer image. Digital X-rays can be edited and adjusted digitally almost how a photo retoucher would adjust the levels on a professional portrait to get the most out of the initial picture. Your dentist can also zoom in on problem areas on the monitor to get a better look and make a more precise diagnosis and treatment plan.

Another great perk of digital X-rays is the fact that the image can be viewed instantly. Instead of waiting for the film to develop and seeing paper film prints, digital X-rays come up instantly on the monitor when the X-ray is taken and can be reviewed by your dentist without any wait. The digital format also makes it much easier to send the results to other medical professionals like oral surgeons or orthodontists rather than having to mail physical copies to offices. 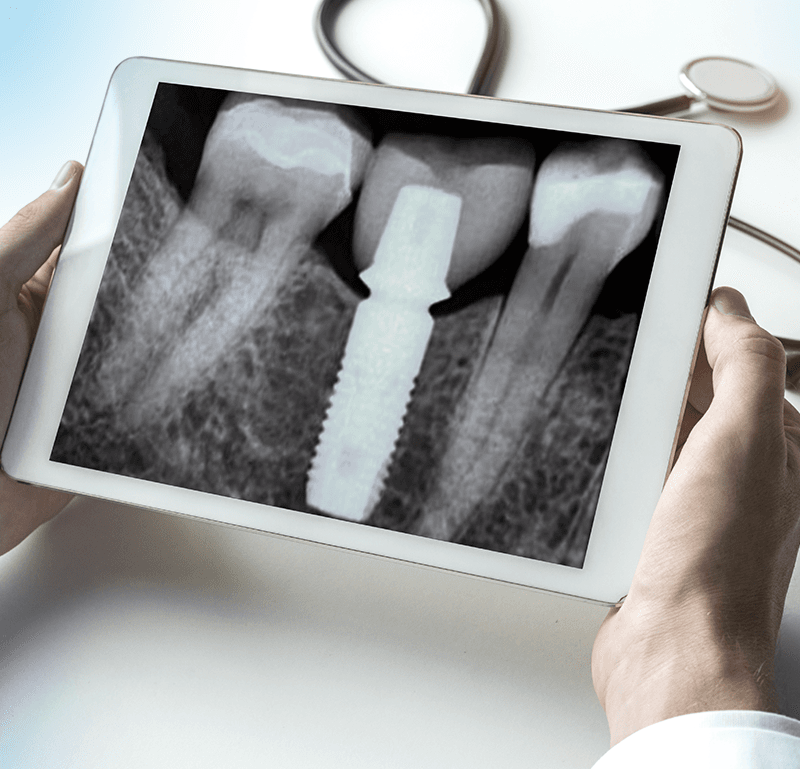 Getting a Clearer Picture

Digital X-rays tend to take a much clearer picture than traditional film. The digital format allows for a higher resolution image, meaning the image will be much more detailed and crisp than an X-ray taken using traditional film. This means that your dentist will have a much better image to work with, but it will also severely cut down on the number of potential retakes for blurry or unclear images. This means less time spent waiting on X-rays with those uncomfortable bitewings as well as less radiation exposure.

Thanks to the imaging algorithms involved with producing the digital image from X-rays, the images will also be much more accurate in terms of proper layering even if there is slight movement, unlike traditional film which could either blur or give an inaccurate perspective in regards to layering.

Traditional X-ray film has always been rather expensive, leading to having X-rays taken being a costly process. Digital X-rays are comparatively inexpensive thanks to the fact that digital X-rays don’t require the same expensive film that traditional ones do. While insurance still does cover a certain number of X-rays every few years, the drop in cost means that you can opt for more frequent X-rays if you want to be safe, or if you have a suspicion that something is wrong.

Why Do You Need X-Rays?

While it isn’t something that needs to be done with every dental exam, X-rays should be taken routinely every few years at the very least. X-rays allow dentists to see potential cavities which are either hidden by the gums, or which have a fine surface cavity leading to a larger hollow space beneath where bacteria is eating away at the tooth. If left unchecked, these cavities can become too large for a basic filling to repair, leading to more extreme treatment methods such as root canals or extraction of the affected tooth. As you can imagine, having your tooth extracted or getting a root canal where the infected nerve and pulp of the tooth are removed can be much more painful than a simple filling. X-rays help catch this bacteria and decay early enough to allow for a minimally invasive treatment.

If you are looking for more information or would like to come in for a dental consult, feel free to contact our offices to make an appointment for a basic dental exam.